Dr. Said Tabet and Dr. Richard Mark Soley started building expert systems — today’s cognitive systems — in the 1980’s.  Some of the systems they built in the 80’s and 90’s are still running in the manufacturing, financial services and chemical systems domains — after decades!  When the Artificial Intelligence market evaporated in 1984 with a ridiculous Time Magazine cover, they moved on to other things — but now find themselves back in the AI space, now focusing on testbeds and standards.

In this one hour Expert Chat discussion, they will talk about their experiences in the market and the profound changes in computing power, memory space and ubiquity of communications that make AI real today, and prepare for the on-stage Fireside Chat with AI leaders at AI World in December.

Learning objectives: A brief history of AI
new efforts and initiatives from an architecture standpoint
regulatory/privacy constraints in certain domains. 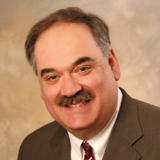 As Chairman and CEO of OMG, Dr. Soley is responsible for the vision and direction of the world’s largest consortium of its type. Dr. Soley joined the nascent OMG as Technical Director in 1989, leading the development of OMG’s world-leading standardization process and the original CORBA specification. In 1996, he led the effort to move into vertical market standards (starting with healthcare, finance, telecommunications and manufacturing) and modeling, leading first to the Unified Modeling Language TM (UML) and later the Model Driven Architecture (MDA). He also led the effort to establish the SOA Consortium in January 2007, leading to the launch of the Business Ecology Initiative (BEI) in 2009. The Initiative focuses on the management imperative to make business more responsive, effective, sustainable and secure in a complex, networked world, through practice areas including Business Design, Business Process Excellence, Intelligent Business, Sustainable Business and Secure Business.  In addition, Dr. Soley is the Executive Director of the Cloud Standards Customer Council, helping end-users transition to cloud computing and direct requirements and priorities for cloud standards throughout the industry. In 2014, Dr. Soley helped found the Industrial Internet Consortium and (IIC) serves as Executive Director of the organization. The IIC was formed to accelerate the development, adoption and wide-spread use of interconnected machines and devices, intelligent analytics, and people at work. The members of the IIC catalyze and coordinate the priorities and enabling technologies of the Industrial Internet.

Dr. Soley also serves on numerous industrial, technical and academic conference program committees, and speaks all over the world on issues relevant to standards, the adoption of new technology and creating successful companies.  He is an active angel investor, and was involved in the creation of both the Eclipse Foundation and Open Health Tools.

Previously, Dr. Soley was a cofounder and former Chairman/CEO of A. I. Architects, Inc., maker of the 386 HummingBoard and other PC and workstation hardware and software. Prior to that, he consulted for various technology companies and venture firms on matters pertaining to software investment opportunities. Dr. Soley has also consulted for IBM, Motorola, PictureTel, Texas Instruments, Gold Hill Computer and others. He began his professional life at Honeywell Computer Systems working on the Multics operating system.

A native of Baltimore, Maryland, U.S.A., Dr. Soley holds bachelor’s, master’s and doctoral degrees in Computer Science and Engineering from the Massachusetts Institute of Technology. 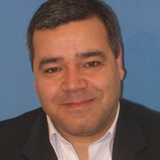 Said Tabet is the Lead Technologist for IoT and AI Strategy and Chief Architect for Intelligent Connected Vehicles at DellEMC. Tabet is a member of the Object Management Group Board of Directors, Principal Dell EMC Representative to the Industrial Internet Consortium and member of its steering committee. Tabet is Chair of INCITS Secure Cloud Computing Group, ISO Editor of Cloud Security SLA. Tabet is a member of the Cloud Security Alliance International Standardization Council.

With over two and a half decades in the industry, Tabet played the role of a Technology Advisor to large multinational companies, designed and delivered advanced technology solutions and build and deployed various AI products, and holds a number of patents. He contributes to technology innovation forums, standards and open source communities, guides startups through mentorship and coaching. Tabet works on challenges around Industrial IoT, intelligent connected vehicles, Artificial Intelligence, Big Data analytics and security, risk management and semantic data.

Dr. Tabet is a regular speaker and panelist at industry conferences and international standards meetings, co-founder of RuleML, as well as an author and editor of several book series and articles.

Top 3 2019 Predictions for AI in Healthcare

Current and Future State of AI and Machine Learning

AI and Its Promise to Businesses

Why is my chatbot not working? The secrets to designing a great customer experience.

Make Your enterprise smarter with Business Applications Built on AI

Agile AI in the Enterprise

Emerging Technologies That Will Change the Course of History

AI Gets Edgy: How New Chips and Code are Pushing Artificial...

The 12 AI Technologies That Will Drive Innovation in Customer Understanding