to Address Challenges from an Aging Population to Picking Apples

Dr. William Mark is president of SRI International’s Information and Computing Sciences Division, which conducts leading-edge research with a strong focus on intellectual property creation and commercialization. He formerly worked with National Semiconductor, and Lockheed Martin’s Palo Alto Research Labs. He holds a Ph.D. in computer science from MIT and has held positions at the University of Southern California Information Sciences Institute and the General Motors Research Laboratories. He recently spoke with AI Trends Editor John P. Desmond. 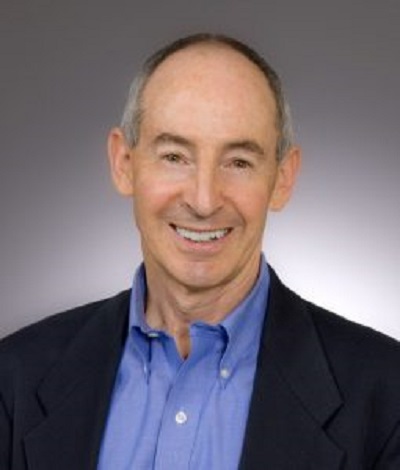 Q.Could you tell our readers a brief background of SRI and its mission?

A. SRI International is a nonprofit R&D company. Lots of companies do R&D, fewer than used to, but still quite a few. But very few companies have R&D as their business, and R&D is our business.

SRI started out as the Stanford Research Institute, but we’ve been independent of Stanford for decades. So we are an independent R&D company. We have clients all over the world. Our main client is the U.S. government, but we also have lots of commercial clients. And what we do for them is contract research and development. We are usually creating systems that have never been created before. And finally, one of the things we do is create spin off companies, and the most famous recent one is Siri.

Q. Can you talk about how Siri came about and the evolution of voice interaction that we’re seeing today?

A. Sure. SRI had worked on the core technology for Siri for decades. And again, this is part of the model I was talking about before. We do research for the United States government. We are allowed to keep the commercial rights to intellectual property that we create. The government gets government rights, we keep the commercial rights. And in some cases, we decide to exploit those through creating spin off companies. The underlying technology for Siri was based on decades of research.

And then right before Siri, we were engaged in a very large program with DARPA to create a personalized assistant that learned. And that really inspired the idea of creating a commercial personal assistant at the same time the iPhone was coming out. We decided to form a company that would create a personalized assistant on the iPhone so that you could talk to it. The primary form of interaction that we thought would be the most useful or convenient was voice interaction. And the rest is history. That turned out to be a very compelling idea for consumers, and it really has created this category of voice-based interactive systems that we now see in many parts of the world.

Q. Where would you say voice interaction is going now?

A. I think we are going to be seeing more voice interaction. And what gets to be interesting, as we go on to the future, is that we will be more and more in this Internet of Things environment, as it’s being called now. When you get into your car for example you’re getting into an environment that has many, many computers in it, 50 to 200 depending on the kind of car. And we’re seeing more and more sensors in the car. And there is a move to have the car environment know a lot more about the drivers and the passengers for safety reasons among others.

Q. What areas of AI innovation are you working on now at SRI?

A. We’re working hard on how to make systems that are better at interacting with humans who are trying to do what I will call sophisticated tasks. Right now, Siri, Amazon, Alexa, systems like that are very good. They have become extremely good at handling tasks like search, so you know, finding pizza near here, where is an ATM? What’s the capital of Kansas? They’re fantastic for doing things like that.

They’re also good at performing simple tasks, play this music, turn on the lights, set up an appointment for me. But if somebody is going to do something a little bit more complicated, different technology is required.   We always use the example of banking because we have a spinoff company called Kasisto in that space. Imagine a system that allows you to do all of your banking on a mobile phone. That’s where we’re trying to go with these systems that have the conversational capability and the background knowledge to help people do complicated tasks. The complicated tasks include banking, lots of different kinds of shopping, healthcare, things like that.

Q. How is SRI using AI to address the problem of an aging population?

A. One of our SRI-wide initiatives is working on dealing with this global problem of a larger percentage of the population being in a non working age group, and also in a group that tends to need more health care. The AI applications of that include trying to help deal with problems like loneliness. A lot of people in the world, a lot of older people in the world are isolated. They’re not near their families. They don’t have the opportunity to interact as much as they should or would like to. These conversational systems can help to encourage people to talk.

And many geriatricians believe that alone is beneficial, just to get people to interact about things they want to talk about. It also provides an opportunity for us to use that interaction to help assess the person’s state of health in a way that is not intrusive and doesn’t invade privacy. You can tell a lot from the way people are talking about how they’re feeling; for example, whether they’re coughing or have other respiratory problems. Those are some of the uses of AI.

Q. How far along is this work?

A. This is work that’s in the research phase. And usually, what we do at SRI is build systems.  We publish a lot of papers, but we also try to build things at least in the prototype stage. SRI rarely builds products. We either license our technology or we spin off companies to do that. This work is in the stage of building prototypes; there are now existing prototypes that can do some of this interaction.

Q. What are your thoughts on the issue of bias in AI algorithms? Can it be addressed?

All systems are biased to the extent that the data or the rules do not fully reflect the real world. They’re not going to necessarily be biased in a bad way. They’re still biased in the sense that we all are where if there’s data that we’re unaware of, we’re not going to be able to think about it and deal with it. The classic example in the world is the black swan. Until Australia was colonized by Europeans, the Europeans thought that there wasn’t such a thing as a black swan; they would use that as an example of something that didn’t exist. Well, then they discovered that in Australia and in other places, there are black swans. All systems have that bias based on the data that they know.

Q. What is intentional bias?

And when you say intentional bias, that usually means that somebody is making a deliberate attempt to make the system behave in a way that’s not in accordance with the real world but is to their advantage.

A. That’s a big question. That’s something that we’re working on as are other people. And I guess the way I would answer that is that we need to create trustable AI systems. That raises the question of, how do you trust? How can you trust these systems? One way is through familiarity. One of my favorite examples is to ask people what’s their favorite man-machine interface? They almost never say the brake pedal in their car, but that is indeed a computer interface. And most people just completely trust that the computer system that’s making the brakes work is going to do the right thing. They have no idea how it works, usually, but they trust it because as far they know, it’s worked in the past and other people seem to think it works; there is a level of trust.

Things that we’re working on here in a technical sense, are building AI systems including learning systems that work within certain constraints, so you can guarantee or prove that the system will work within certain constraints. Another approach is usually called explainable AI. That is an AI system that can explain to users in terms that they understand why it is making a decision, why it is about to take some action. Through these mechanisms, I think we can make AI systems that are more trustable.

Q. Could you describe the model for how SRI works with startups?

A. We’re working on many projects all the time. My group alone works on more than a hundred projects per year. And over time, we build platforms, technology platforms. We see the flow of ideas, and we begin to think that an idea might be something that could create a venture or some set of ideas that can create a venture.

The process usually starts out internally with us looking at the way the world is going. We have a great advantage being in Silicon Valley and just seeing the activity. Everybody knows people who are in various startups, and who are venture capitalists. So we have some idea of the pulse of where things are going and we know where the technology is going. When we see what we think is a convergence, then we will start formulating a venture concept. We will then get feedback on that idea. We’ll talk to venture capitalists that we know to see what they think of it, see whether, you know, they have seen that idea 17 times already in the last two weeks or, “Wow this looks really interesting,” or “No, that’s crazy.”

If we see that it’s interesting and that other people think that it’s interesting, we will then invest a little of our own seed money in it. And that’s mostly used to bring in an entrepreneur from the outside; it is quite rare that somebody in SRI is the right person to be the CEO of one of these venture-backed companies. It happens, but is rare. We bring in an entrepreneur and work with them to develop the value proposition, get funding, and then launch  the company. We get an equity position in return for helping to found the company and for the intellectual property that we put in.

Q. Outside of Siri, what are some other notable spinoffs from SRI?

A. Siri is currently most famous. Another SRI spinoff is Nuance, which went on to become the number one speech company in the world. Intuitive Surgical may not be familiar but they make robotic surgery machines. It turns out that some operations require so much precision that it’s better to do it robotically, so that the surgeon is making the robot move but the actual surgery is done by robotic manipulators, not human hands. And that’s become very important for surgeries worldwide.

I mentioned Kasisto, the one that’s in the world of banking. Another one that’s interesting is Abundant Robotics which is building apple picking robots, which are very cool.